Piano Played At An Altitude Of 14,000 Feet, Claims The World’s Highest Concert 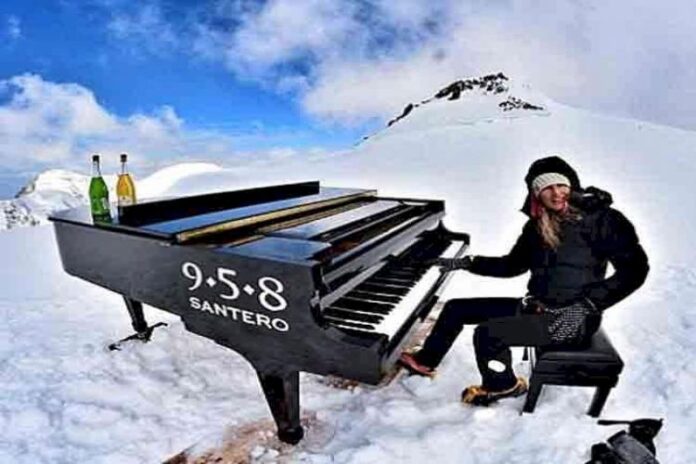 An Italian musician performed a piano concert at an altitude of 14000 feet on the Alps Mountains. The name of this mountaineer and musician is Elisha Tomilini. An Italian company named Monte Rosa raised the piano to a height of thousands of feet with the help of a helicopter. Where the temperature is less than -15 degrees. Elisha played the piano wearing gloves in this heart-wrenching cold.

This was the first concert of its kind

It was the first piano concert of its kind that took place at an altitude of several thousand feet. Elisha told that she wanted to show people the beauty of the world with music. Elisha told that I wanted to bring music and mountains closer to the people. Elisha has spoken of giving the proceeds from this concert to the welfare of Nepali children through an NGO as per sources .

Spread the love
Previous articleMark my words !!!!!! Zuckerberg Announces changes in whatsapp
Next articleWarner Said, Mankading Is A Matter Of Sportsmanship And The Fault Of The Batsman